We hope you love the products we recommend. When you buy through links on our site, we may earn an affiliate commission.

Roaming Sound is reader-supported. When you buy through links on our site, we may earn an affiliate commission. Learn more

When many people who are not well-versed in music hear the words viola and violin, they may mistakenly believe that they are the same instrument. Despite the similarities in spelling, there are some major differences. It is important to have an understanding of those differences if you are looking for a new instrument to consider playing, or if you simply want to improve your musical knowledge. Let’s look closer to see how they differ in our article on the viola vs. the violin.

You will get a better understanding of what each of these instruments has to offer, so you can then determine which one might be right for you to learn.

Why Are the Instruments Often Confused for One Another?

The viola and the violin have a similar look, both are played using bows, and both are held under the chin. At first, it’s easy to see why people would mistake one for the other, especially when you are going by appearance alone. However, as you start to look deeper into these instruments, you can start to see some major differences and similarities.

The Size of the Instruments

One of the first noticeable differences with violas vs. violins is the size. The viola is a much larger instrument than the violin in most cases. A viola will measure between 15” and 18” in overall length, whereas a violin will generally only be 14” for a full-size instrument.

However, when you get into the 14” violin range and the 15” viola range, they can still seem a little too similar, at least from a visual perspective. Additionally, there are some small student violas that are only 12” in length.

The violin and the viola are both string instruments, and they both use only four strings for the most part. You will find that there are some electric violins and violas that can have up to six strings. The tuning is done very similarly with both of the string instruments. You can tune using the peg in the pegbox, or you can tun with the fine tuner located on the tailpiece.

You will find that the viola is tuned one fifth lower than the violin. You will also note that viola strings are thicker than violin strings, which means you will need to have more bow weight and a faster tempo with the bow to get the sound you need.

One of the biggest differences between the viola and the violin is the clef in which the instrument is played.

The Range of Notes

Naturally, since the strings are different, it means that the range of notes between the violin and the viola are going to be different. This difference helps to provide the instruments with their unique character. The viola, for example, has a lower note range, which is appreciated by many players.

The range of notes on the viola goes from C, which is the low open string played without fretting to A on the A string, while fretted at the highest position. The violin can range from G as the lowest open string to B on the E string, the highest string. Of course, there will be some variances based on how competent the player is at holding good sounding notes that high on the instrument.

Both of the instruments have a range of four octaves, while harmonics can be played with the fingers, as well. The violin will have a higher sound than the violin overall. While they may play similarly, the difference in range allows them to serve different purposes in a musical composition.

Both the viola and the violin can be used in a wide range of different types of musical genres today. While they are often associated with classical music, you will find that both can work very well for folk music, indie music, and more. You will also often hear the violin being used in jazz and country music.

Keep in mind that you can find plenty of other ways to use these instruments in various types of music that you want to create. Never feel constrained and think that you can only follow what has been done before. Create and innovate.

The bow stroke on the violin will be might lighter than what is needed with a viola bow. The viola bow is also longer and heavier than the violin bow. If you learn to play the two instruments, you will want to be careful when you go from one to the other to ensure that you remember to use the proper techniques when playing.

Which Instrument is Better?

There is no answer to this question. Although they are similar instruments, there are still different enough that each is essential. There is no “better” instrument in the debate. The one that you choose to play will ultimately depend on the sound that you want to create. Take some time to listen to each of the instruments playing melody lines, for example, to help you determine which one’s best for you.

If you want an overall lower sound, you will go with the viola. If you like the idea of being the “soprano” in a piece, then you would want to choose the violin. Of course, nothing is saying that you can’t eventually learn both instruments.

Regardless of which of the instruments you decide that you want to learn, make it a point to put in the time needed to understand everything you can about the instrument. You want to know how it fits into different musical compositions, and you will want to know the proper techniques for your instrument of choice.

Remember, you won’t be able to pick up an instrument and become an overnight virtuoso. It takes time to learn and to get better at the instrument. Put in the practice, learn to take care of your violin or viola, and you will get better over time.

The best way to learn is through lessons from someone who can instruct you, but that’s certainly not the only way you can learn. You will also be able to find plenty of online resources that can help. Choose your instrument and get started today so that you can be playing sooner rather than later.

Fender Play Review: Will It Help You Learn Guitar? 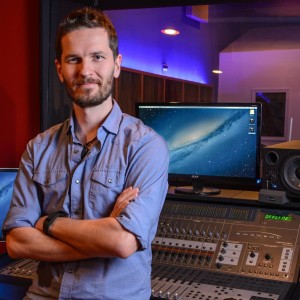 Fender Play Review: Will It Help You Learn Guitar?

Aiden Jones
Music is in my blood, I decided to create this Roaming Sound to talk about the all things music. Welcome! Learn more about me here

Roamingsound.com is a participant in the Amazon Services LLC Associates Program, an affiliate advertising program designed to provide a means for sites to earn advertising fees by advertising and linking to Amazon.com